This company started with a shrug.

I started my own building and remodeling company in 1993 and had the pleasure of building homes all over lower Fairfield County. It wasn’t long before parents began asking us to install gates and safety products for their babies and toddlers. Time after time we declined. I’d tell them that there are companies specialize in that type of thing. Then, one day in Rowayton, as a babyproofer from New York was doing an install on a house we were just finishing, the homeowner asked me to help the installer with some problems he was having with the windows. I pointed out what was I thought an easy solution to a semi-tricky window. He disregarded my idea and said he didn’t have the material or tools to do what I’d suggested. I pointed him to Ring’s End Lumber, and he declined again. Then I pointed out that this was his job – and that the windows in question were in the children’s room! He looked at me and said, “If they don’t put it in my bag in the morning, I don’t install it, and I never do anything custom.” Then he shrugged his shoulders, packed up his screw gun and left.

As I fixed those windows, I mentally started writing the business plan for a personable and custom babyproofing company – and PB & J was born.

Small sample of the houses we built over the years

Please check out my building and remodeling site
KnappBuilt.com

Keep in mind...
It is not a bad idea to have your parents house evaluated, if they are going to baby sit.

Today I find great enjoyment in figuring out the best babyproofing solutions for families, wherever they live. In most small New York apartments or condos, the babyproofing jobs are cookie-cutter jobs. But when you start to deal with open floor plans and custom staircases, you need someone with experience in woodworking – and that’s where we shine. 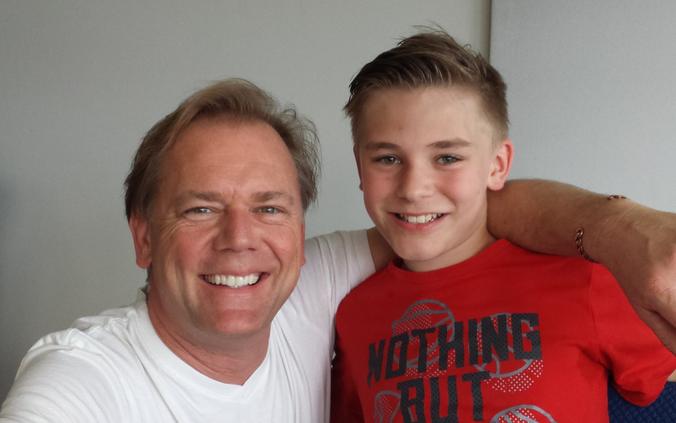 The owner George and his son Zander who is also in charge of product testing.